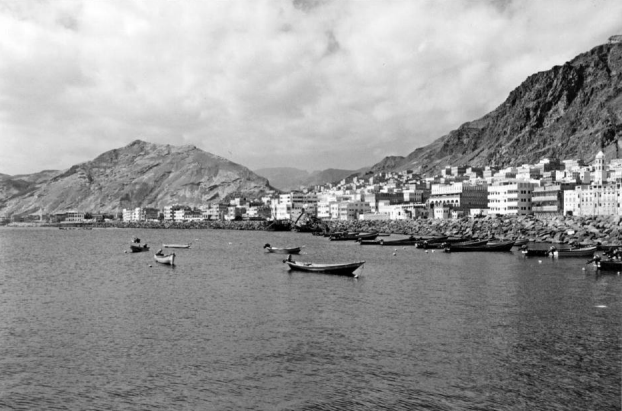 “I love the Netherlands. The Land of Freedom“

In 2014, writer, poet, and professor Saeed Al-Gariri fled from Yemen to the

Netherlands. Amsterdam became his new residence. He is no longer a

professor but writing and poetry is still his great passion. The war in his

homeland is very dear to his heart.

‘The Amsterdam houses that wash their feet in the water make me happy,’ writes

Saeed Al-Gariri (1962) on his website which contains observations, poems, and

literary reflections. The website is in Dutch, a language that he has not completely

mastered, in terms of speaking skills. But he manages to read and write Dutch well.

The interview takes place in the cafe ́-restaurant of the Eye cinema in AmsterdamNoord, near his home.

The conversation, of course, soon turns to Yemen, Saeed’s homeland. He calls it

“the worst country in the world to live in”. “Yes, I think the situation there is even

worse than in Ukraine now. There is a famine. The electricity usually doesn’t work.

Many hospitals and schools have been bombed or closed. The population is

He shows a recent photo from Yemen on his mobile phone, which a friend there

sent him. A boy with a backpack is standing in front of a school. There is a sign with

a text in Arabic letters on the door. “Closed until further notice,” translates Saeed.

Saeed, a Muslim like almost everyone else in his homeland, had a happy childhood.

Together with his parents and six brothers and sisters, he lived in a peaceful village

in South Yemen, near the sea. In 1983 he moved to Mukalla. “That is a beautiful

cosmopolitan port city in the province of Hadhramaut in South Yemen, where the

white houses also wash their feet in the water, just like in Amsterdam.” Here he

started working as a professor of literature and culture.

“South Yemen was an independent and socialist country until 1990,” he explains.

“Black people were not treated as inferior here like in North Yemen. They had equal

rights with us. In North Yemen, they could only work in cleaning or become soldiers

in a militia, in the lowest rank.”

In 1990, South Yemen and North Yemen were merged into one state.

“Corrupt dictators and their clique enriched themselves enormously, while the

population became increasingly poor, despite the fact this country is rich in raw

“Freedom of expression came to an end. Criticizing the regime even became

dangerous. Islam, in this case the Muslim Brotherhood, became entwined with

politics. From 1994, women were required to wear a niqab. When I gave lectures,

the other. I didn’t see the faces of my students. I only saw their eyes.” “Not good,” is

how he summarizes his criticism.

Conflicts between population groups arose. In 2014, a bloody war began. The

government clique, Iran with the insurgent Houthi rebels in the North. As a result,

there were more than 350,000 deaths and four million refugees, according to UN

“My mother died in 2015 because of that war. She had a problem with her stomach.

That would not have been fatal had there been medical attention. However, it

wasn’t there for her.”

But unlike the war in Ukraine, the war in Yemen hardly ever gets the attention of

the Dutch and foreign press. “Of course, I am very sad that the eyes of the world

are not on my homeland. And that the world offers Yemen far too little help. Yes, it

is a super complicated civil war to explain. However, that should not be a reason

not to pay attention to it.”

Why did he have to run? “I was a member of Al Hirak, a peaceful southern

organization that organized demonstrations against the dictatorship and fought for

the independence of the South. I also stood up for freedom during my lectures.

Some students passed on their reports to the police, I heard from fellow teachers

one day. They warned me that my life was in danger. Indeed, I had already noticed

that I was being followed by a policeman all day long. That was terrifying. I then

rushed to book a plane ticket to Jordan, with the intention of flying from there to

A friendly customs officer at the airport in Aden put a stamp in his passport. “That

was great luck. If he hadn’t been on duty that day, I never would have been allowed

on the plane. I slipped in through the VIP entrance of the plane.”

After six months in an asylum seekers’ centre in the Netherlands, he received a

residence permit. His wife and their two sons then came to our country.

“In my first years in Amsterdam, I often went to the Central Station to get the free

Amsterdam reminds him of Mukalla, a port city with many tea houses where he
was so happy with his wife and sons before the misery started in his country.

One of Saeed’s favourite places in his new city is the statue of Spinoza, near the
Amsterdam town hall. “I often sit on the base of this statue to meditate a bit.
Spinoza appeals to me because of his struggle for equality and freedom.”
His website contains a hymn to this Jewish philosopher. It includes the sentences: I know that the road to happiness starts from here, where you stand, where I sit like a lost child. I’m listening to you. I think of your great questions. I enjoy your words that passers-by do not hear.

Since his flight, he has never visited his native country. “I won’t be safe if I go there,”
he predicts gloomily.

Two brothers and a sister still live in Yemen. Another sister found refuge in
Malaysia, a brother in Kuwait. His father and a brother both died of cardiac arrest
before war broke out in his homeland.

That war not only cost Saeed his mother, but also many friends. “They died at much
too young an age due to stress and malnutrition.”

While still living in Yemen he wrote five books in addition to his work as a professor.
Two were books about poetry, two about literature and one about culture in the
Arab world. Although he no longer has a job as a professor in the Netherlands, he is
certainly not sitting still here either. For example, he translated two Dutch books
into Arabic.

“One is the children’s book ‘All about who I am’, by Stine Jensen. That is a book about
philosophizing with children,” says Saeed. “The other one is ‘This is not about mowing
the lawn. How to read poetry‘, by Ellen Deckwitz.” And he is almost done with the
translation of Hadhramaut’s novel The Vulture.

Saeed’s new book which is about Arab culture will be published in Egypt in January.
In addition, every month he writes a review for Arabic newspapers about a Dutch
book that he likes. For example, “Like Darwin in the city/Evolution in the urban jungle,
by Menno Schilthuizen.”

Together with Danielle van Vree he wrote a play about an asylum seeker. That text

was part of the play Weg, about an asylum seeker who is on hold, a sick, elderly

woman who wants euthanasia and a young man who finds life meaningless. Three

In addition, he is busy editing the diaries, which he wrote from the age of seven,

into a book. He has already found a publisher, again in Egypt. He’s betting it will be

released in summer 2023. He lets this book start in an original way, on the day of

his birth. “Of course, I have no memory of that, but I base it on what I heard about

it. No, it wasn’t a difficult delivery,” he laughs. “I was the third child.”

upside down at the age of eighteen. “It happened during my mandatory military

service. As a result of an exhausting march in the sweltering heat, and malarial

fever, I fell into a coma. I was doomed.” But he was sent back from the gate of

“After I woke up, I looked at life with different eyes. I saw life as a gift. Before that, I

took it for granted that I woke up every morning.”

Did he take all his diaries with him to the Netherlands? “No, I photographed

important pages just before I left. My sons helped me with that. Then I burned all

mosque in his native village from the age of twenty-two for ten years.

“There was no official imam in that mosque. Then they asked me if I could talk to

people every Friday who had questions about life. They apparently thought I was a

Since he arrived in the Netherlands, he wrote more than forty poems, first in

Arabic, then translated into Dutch himself. “I started writing poems quite quickly in

the asylum seekers’ centre. That kept me going.” He hopes to find a Dutch

In 2015, the collection of poems Daar fadaat was published in Jordan, about his
early days in the Netherlands.

Three of Saeed’s poems have been placed on the Children of Yemen website, an
initiative of the Zeeland visual artist Ingrid van de Linde. She travelled through
Yemen in 1999 and photographed many children there. It was a wonderful and
unforgettable journey for her. She wants to give something back to that country.
On the website Children of Yemen, she collects artistic expressions of children in
Yemen, and of Yemeni artists there and here. She wants to promote art as an
antidote to the suffering there.

In addition to poems, Saeed also writes song lyrics and composes the melody on
his oud, a pear-shaped stringed instrument. He has been doing this since he was
sixteen. He has now written more than fifty songs. “They are often about love, and
sometimes also about politics. Last October I wrote three more, all in Arabic.” He
shows a video on his phone of an Egyptian singer performing one of his songs. The
melody is wistful.

In 2019, Saeed participated in the ‘digital literature’ project at the Huygens Institute
for Dutch History and Culture. “No, digital literature is not an e-book. It is telling a
story using multimedia tools.”

Both his sons are studying. The oldest attends Delft University of Technology, the
youngest is studying linguistics in Amsterdam. “They speak good Dutch and
English,” he says with paternal pride.

His wife, who was a mathematics teacher in Yemen, has become unable to work
due to chronic neck complaints.

As a new Dutchman with a Muslim background, has he had to deal with
discrimination? He does not know the word discrimination, even if the interviewer
writes it down. He looks for the Arabic translation on his phone. Then he shakes his
head resolutely. “No, no, not experienced. I think the people in the Netherlands are
so friendly. I love this country.” But he is not naive. “Of course, I have heard of Geert
Wilders and Thierry Baudet. I know what they stand for, but I’ve never met them.”

What does he think? Will there be peace in Yemen ten years from now? “I really
hope so. I think there is no other option than for North and South Yemen to
separate again. But even in peace, it will be many, many years before my homeland
recovers from its wounds.”